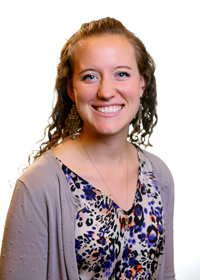 Miriam Kreher was in high school in southern France, where her parents were working, when she found her calling in a “Physics in English” class. “Because I’m a fluent English speaker,” she says, and was earning good science grades, “I thought it would be an easy A.”

The class surveyed energy sources, including nuclear power, which she says “struck me as the one that made the most sense.” With its zero carbon emissions, reliable supply and strong safety record, “I thought nuclear power had the chance to save the world, and I was sold.”

Moreover, says Kreher, a Department of Energy Computational Science Graduate Fellowship (DOE CSGF) recipient, nuclear energy’s physics are “complicated and interesting and fascinating. It’s a good intersection of my science interests and my desire to contribute.”

Simulations are a key to designing and operating nuclear reactors because it’s difficult to observe their physical processes. The models must intertwine simulations of multiple physics, including neutron movement, thermal hydraulics – how water flows through the reactor and changes temperature – and other processes.

Kreher’s research couples codes for neutronics – neutron flow and fuel depletion – with ones for thermal hydraulics. It’s tough enough to combine them when modeling a reactor operating at steady state, but Kreher’s multiphysics codes also capture transient scenarios, such as when operators insert control rods to adjust the reaction rate.

Kreher uses a longstanding tool: Monte Carlo simulation, which runs models based on randomly selected parameters to characterize the probability of possible outcomes. It’s precise but consumes time when including factors such as the time rate of change for neutron flow – exactly what’s needed to track transient properties. 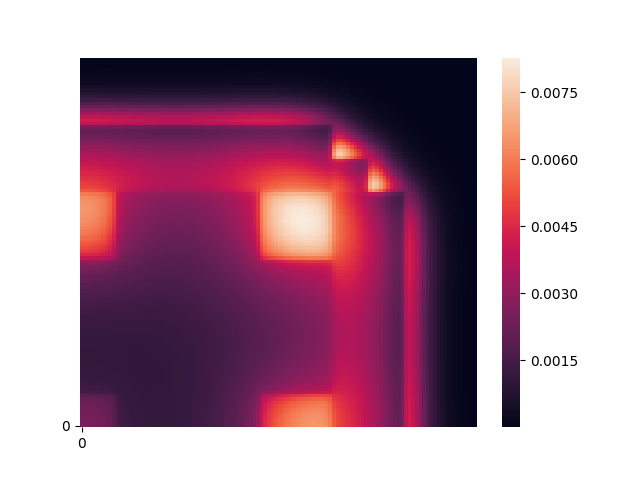 To address this shortcoming, Kreher is extending the frequency transform method (FTM) developed for Monte Carlo for the first time by Samuel Shaner, a doctoral graduate from Forget’s group. It couples Monte Carlo with a faster, low-order method that periodically approximates terms in the neutronics equation. The code uses Monte Carlo calculations sparingly while the low-order algorithm “plugs along and fills the gaps,” Kreher says. The algorithms update each other as the calculation progresses. FTM “is more ideal. You only have to perform Monte Carlo once in a while.” Under FTM, however, users must prescribe the thermal hydraulics. Kreher is incorporating a code for that so the transient proceeds naturally.

The LANL group’s method tracks both neutrons and the particles that generate them – especially those that emit so-called delayed neutrons beyond initial fission reactions. But the technique consumes computer power and memory as it follows interactions that have declining relevance to the calculations.

Kreher also worked with Monte Carlo simulation on a second LANL practicum in fall 2020. This time it played a secondary role in modeling microreactors, like those that could be used on spacecraft. The LANL researchers, including advisor Jack Galloway, want to model neutronics with a deterministic code that solves equations directly rather than using the probabilities underlying Monte Carlo methods.

Deterministic techniques require accurate input data, such as nuclear cross-sections, which characterize the probability that a reaction will occur. To generate that data, Kreher used a steady-state Monte Carlo code that generates cross-section information for input to the deterministic transient code and wrote a tool to optimize how the data parameters are chosen. LANL scientists adopted the tool immediately and Kreher is working to disseminate it via the GitHub code repository. She extended her New Mexico stay through January to finish the project.

Her successful practicums have led Kreher to set her sights on a national laboratory post when she graduates, sometime in 2022. Meanwhile, she’ll continue her leadership with the American Nuclear Society, where she is the student representative on the board of directors. Kreher credits the organization “for exposing me to everything from nuclear materials to policy issues.”

Image caption: Power distribution in a quarter-core of a test reactor. Miriam Kreher built this simulation from a time-dependent neutronics benchmark and uses it to test and compare numerical methods that can be useful in the transient simulation of reactors. Credit: Miriam Kreher.