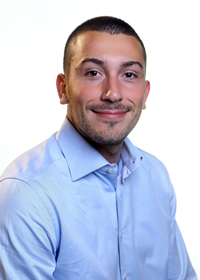 Kaufman, a Department of Energy Computational Science Graduate Fellowship (DOE CSGF) recipient, developed that appreciation over years. He took high school mathematics and chemistry in Princeton, New Jersey, and went to California to study engineering at Harvey Mudd College. As he learned more about physics, however, he gravitated toward the subject and joined professor Lori Bassman’s group.

“I wasn’t really familiar with DFT or even the idea of computational materials science,” which designs and characterizes compounds at the atomic and molecular scales, Kaufman says. DFT expert Aurora Pribram-Jones – a Harvey Mudd and DOE CSGF alumna – advised the group. The result: Kaufman and Pribram-Jones, now a professor at the University of California, Merced, were among authors on a 2017 paper in Physical Review B.

Their main tool is Clusters Approach to Statistical Mechanics (CASM), software that uses approximations based on clusters of atoms to predict a material’s macroscopic qualities. The group first uses DFT to calculate energies and other properties of many small structures. Those data are used to train CASM approximations via machine learning. The resulting models run quickly and in large numbers, using a Monte Carlo method that runs simulations based on randomly sampled conditions to predict the system’s attributes.

“To do Monte Carlo, you need very large structures with thousands and thousands of atoms – larger than you would want to run in DFT,” Kaufman says. “You also need to evaluate many of them to get good averages” – also infeasible for DFT. 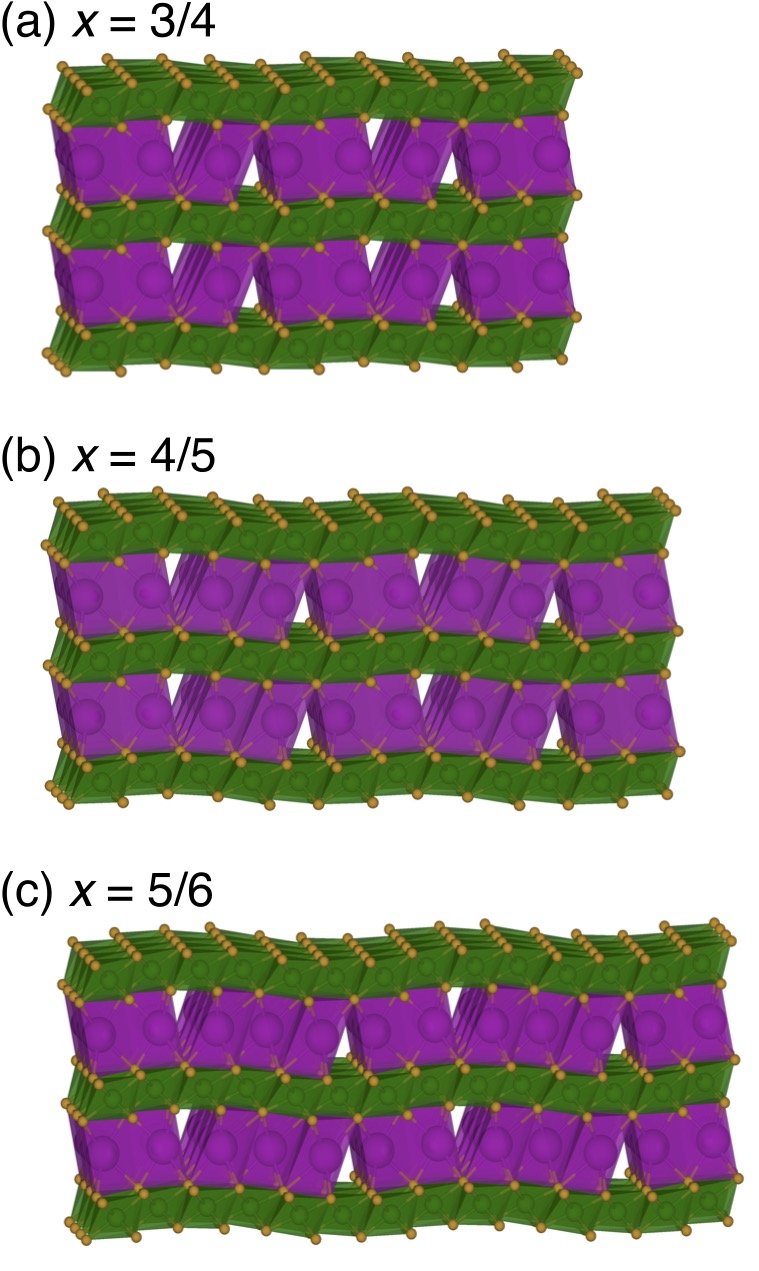 The models varied the sodium or potassium content inserted into layered cobalt oxide. “We predicted this so-called devil’s staircase, where you have many ordered phases right next to one another” rather than a single main transition. The small steps between neighboring phases produce the sloping voltage graph. The results agree well with experiments, Kaufman says. The researchers published related work on potassium chromium oxide in Chemistry of Materials in 2020.

Michael Toriyama, then a University of Illinois at Urbana-Champaign undergraduate, contributed to the potassium cobalt oxide work while on a summer research project. He’s now a DOE CSGF recipient at Northwestern University.

Most of Kaufman’s calculations are on a local cluster at his university, but he’s also used the Cori supercomputer at DOE’s National Energy Research Scientific Computing Center.

Kaufman learned ab initio (first principles) molecular dynamics (AIMD) techniques to model molecular interactions. He calculated thermodynamic properties for surfaces in metal hydrides, metals that bond with and may store hydrogen. The goal: understand the materials’ performance at the nanoscale, where surface effects are important.

Kaufman’s simulations were successful, but the practicum ended before he could fully analyze the results. He’s continued the collaboration with the Livermore researchers.

Meanwhile, Kaufman did a second project: modeling how hydrogen releases from non-crystalline metal hydrides, a proxy for processes at interfaces between materials. He initially found the materials’ disorder and low densities may produce hydrogen release at lower temperatures than in crystalline materials – an important storage-material property. Follow-up calculations, however, found the effect probably wasn’t real. Nonetheless, it was a learning experience, Kaufman says, and he’s now considering incorporating AIMD into his doctoral research.

His practicum also has led Kaufman to consider seeking laboratory positions after 2022 graduation. Meanwhile, he still meets with Pribram-Jones and Bassman’s group – becoming an ad hoc alumni advisor on DFT and other techniques.