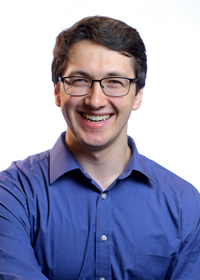 Developing a model to capture all dynamics of a complex system is an immense task and each model will have a deficiency in at least a small number of areas, such as global climate models failing to capture the primary mode of moisture variability in the tropics. Improving such a model in these areas often comes at the cost of introducing new or worsening deficiencies in other areas. In contrast, it is possible to create simplified, low-dimensional models to capture these specific phenomena at the cost of ignoring many aspects of the full system. Here, we propose a strategy to allow complex models to communicate with simplified models throughout a simulation. The communication lets us leverage the strengths of each model without needing to change their dynamics. The strategy is based on common data assimilation techniques used to combine models and real-world data. We implement this strategy in a test case consisting of a deficient climate model and a model of the Madden--Julian Oscillation. The models have different state spaces and different dynamics. It is shown that our strategy enriches the dynamics of both models beyond the information that is communicated between them.