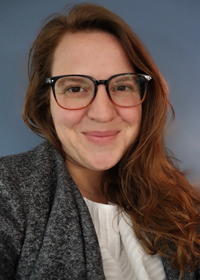 Bacteria are the most ubiquitous living organisms and their study has become increasingly important to human health, agriculture, and industry. However, contrary to other biological systems, the basic mechanisms driving bacterial evolution remain to be fully determined. Models of bacterial evolution still largely assume clonality - ignoring the contribution of genetic exchange between related individuals (i.e., homologous recombination or recombination) to their population structure and adaptation. Furthermore, few tools have been developed to infer recombination rate amongst species and lack of standardization across methods makes inter-species comparisons of genetic exchange, and its implications, unobtainable. In this study, we have developed a novel method based on Approximate Bayesian Computation (ABC) to simulate forward-in-time evolution for a given bacterial population with varied rates of genetic exchange. Using this approach with ~500k forward-in-time evolutionary simulations per species, we have estimated the rate of homologous recombination for 143 bacterial species. We have found that the estimated number of nucleotide differences accumulated due to recombination events in a bacterial species is, on average, five-fold greater than the number of genetic changes introduced in a bacterial population by random mutation. Ultimately, this finding demonstrates that most bacterial species evolve in a "quasi-sexual" manner, rather than a clonal one. Further, from this analysis, we have interpolated the relative abundance of recombination events across individual genes of the bacterial genome; allowing for exploration of how gene function, gene content, and chromosomal topology - as well as ecological and metabolic variations between species - relate to rates of genetic exchange within a bacterial population.