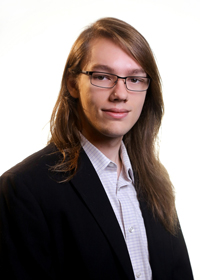 The Dark Energy Camera (DECam), mounted on the 4-meter Blanco telescope at the Cerro Tololo-Inter-American Observatory, has been used to survey several regions of the night sky in a deep drilling cadence. The so-called DECam Deep Drilling Program has imaged four areas of the sky, covering approximately 12 square degrees, in three to four photometric filters, obtaining five images in each filter every three nights over a three-month timespan. This survey has produced a rich dataset for discovery and characterization of variable stars, supernovae, and solar system small bodies using hundreds of multi-filter brightness measurements over day-to-month-long timescales. At the University of Washington, we have been using this imaging dataset to drive discovery and characterization of main belt asteroids (MBAs) in the inner solar system as well as trans-Neptunian objects (TNOs) in the distant reaches of the outer solar system. We are currently analyzing the light curves, how brightness changes over time, of hundreds of MBAs to derive their colors, a rough analog of surface properties, and rotation periods. To discover the much fainter TNOs, we plan to use a special “shift-and-stack” algorithm accelerated by GPUs that adds images together along the path of a solar system object’s orbit. Applying shift-and-stack to this dataset will potentially require hundreds of GPU-hours for successful object discovery over month-long timespans, an unprecedented application of computing power to this problem. Successful application of shift-and-stack to this dataset will pave the way towards faint object discovery with the upcoming Legacy Survey of Space and Time (LSST), including discovery of the putative Planet Nine. In this talk, I will discuss the survey, present results on MBA characterization, and describe our plans for TNO discovery by applying shift-and-stack to this and future datasets.