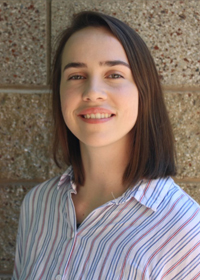 Given the computational cost and complexity of solving the Stokes system which describes ice-sheet physics, the majority of ice-sheet models depend on asymptotically-based approximations to the Stokes equations. These include the shallow-shelf approximation (SSA), shallow-ice approximation (SIA) and other higher-fidelity models such as the “L1L2” model first derived by Schoof and Hindmarsh. The second Marine Ice Sheet Model Intercomparison Project (MISMIP3D) set up an idealized experiment testing a variety of ice-sheet models employing a range of approximations to better understand modeling grounding-line position and migration. However, non-trivial differences in steady-state grounding-line positions were observed between models using SSA and those with higher-fidelity approximations. These differences in the initial state led to differences in response to the forced experiments. Using the BISICLES model, we analyze these resulting differences more thoroughly by treating the steady-state results from the higher-order L1L2 approximation as observational values, then performing an inversion to solve for the basal friction C(x,y) and viscosity multiplier φ(x,y) to initialize an SSA model to match. The resulting dynamic response provides insight into the differences between and the validity of these approximations in a context closer to the way ice sheet models are employed when applied to realistic problems. Last year, we applied this approach using the initial conditions of the MISMIP3D experiment; we now supplement this work by applying the same approach to the MISMIP+ setup. MISMIP+ differs from MISMIP3D in the presence of buttressing effects and we find that buttressing can enable the generated SSA steady-state position to match. Overall, however, the MISMIP+ setup still struggled to reproduce the observed dynamic behavior when different melt rates were introduced.