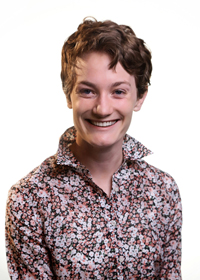 Grand-canonical density functional theory (GC-DFT) more accurately captures the behavior and properties of electrochemical systems than standard DFT, as GC-DFT allows for the number of the electrons in the system to self-consistently adjust to a chemical potential, while calculations performed via standard DFT can only account for the potential via a non-self-consistent, post hoc correction term. Currently, the planewave DFT code JDFTx can perform GC-DFT calculations. JDFTx shows excellent performance on GPUs and is efficiently parallelized over k-points, but employs thread parallelization over the reciprocal space basis in which the governing equations are solved via iterative diagonalization. Since thread parallelism only works efficiently on one node and the basis-set grows with system size, there is thus a limit on the size of systems for which JDFTx can perform calculations. QimPy, or “Quantum Integrated Multi-Physics,” is a new density functional theory (DFT) package designed with the intent of running large-scale GC-DFT calculations. QimPy has been created to replace JDFTx, and has shown improved performance over JDFTx, which is achieved in part via use of the python machine learning package PyTorch. Herein, an overview of the QimPy package is presented. The parallelization scheme and performance, as well as some notable features of QimPy are discussed, such as the use of python code almost exclusively.