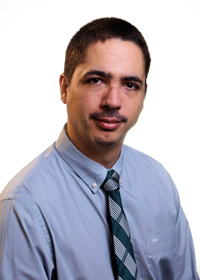 Neutrinos, one the smallest particles, play a critical role in some of the most extreme events in the universe. During high-energy, high-density astrophysical events, such as core-collapse supernovae (CCSNe) and neutron star mergers (NSMs), neutrinos transport energy and change the composition of the material via nuclear reactions. In NSMs, the extreme conditions and heavily neutron-rich material make for an ideal site to produce the heaviest of elements through the rapid neutron-capture process, or r-process. During these mergers, the remnant objects become intense sources of neutrino radiation, bombarding the ejected material with high-energy neutrinos. Understanding how NSMs progress and how neutrinos evolve and interact during these events is absolutely necessary to determine how r-process nucleosynthesis occurs. NSMs are very rare events, with the first-ever observational evidence only obtained in August 2017. Since the extreme conditions present in NSMs are not replicable on Earth, understanding these observations relies on comparisons to the results of detailed models. Modeling NSMs requires tackling a computationally intensive, multi-scale and multi-physics problem, ranging from the level of neutrinos and nuclear reactions, to the large-scale dynamics of the system described by general relativity. With exascale computing on the very near horizon, more-detailed and less-approximate models of extreme astrophysical events will be possible. In this talk, I will detail my work in building a general-relativistic neutrino radiation transport solver in Flash-X, an exascale-targeted multi-physics software system. I will also cover the process, and challenges, of constructing a framework to handle the multi-scale nature of very tightly-coupled yet distinct physics solvers in Flash-X: general-relativistic evolution of the spacetime, magneto-hydrodynamics, and neutrino radiation transport.