Varying Sensitivities to Sub-Kilometer Horizontal Grid Spacing and Microphysics Parameterizations Across a Spectrum of Heavy Precipitation Events: From Hurricanes to Midlatitude Thunderstorms 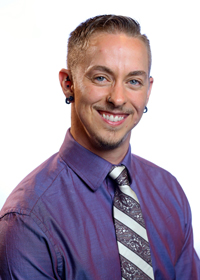 Every year, flash flooding causes billions of dollars in damages worldwide. Computational advancements over the last few decades have meant decreasing horizontal grid spacing in numerical weather models to the order of a kilometer, and even more recent advancements to within 100 meters. These advancements have allowed for more explicitly simulated heavy precipitation events, using parameterized microphysics schemes; however, few studies have examined how varying those schemes within 200 m - 2 km grid spacing affects simulated flooding. To our knowledge, no studies have investigated concurrent sensitivities to microphysics schemes and subkilometer horizontal grid spacing across a spectrum of heavy precipitation events. Here, we consider the case study of a landfalling hurricane (Florence, 2018) as well as deep convective mid-latitude storms. The latter were observed during the Cloud, Aerosol, and Complex Terrain Interactions (CACTI) field campaign in 2018-2019. We found that across all events, the choice of microphysics scheme made the largest impacts on rain amount, timing, and spatial distribution. We found that increasing resolution had a larger impact on the rainfall produced by the hurricane case study than on that produced by the midlatitude storm simulations. In the hurricane simulations, we found that the highest resolution tended to produce the largest rainfall amounts. By contrast, we found that impacts on the rainfall produced by the mid-latitude storm simulations depended on the time scale being analyzed: little impact was noted at longer time scales, while more significant impact was found at the smallest time scales. As we continue to advance computationally, these findings suggest that we want to remain mindful of which microphysics schemes may be best suited to specific storm types and horizontal grid spacing.