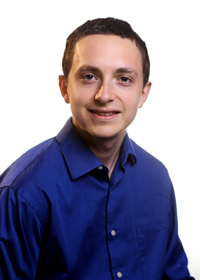 In some physical systems such as the Earth's atmosphere, the most extreme and rare events matter a great deal, both for their human impact and for their dynamical consequences. A prototypical example is sudden stratospheric warming (SSW), which is associated with mid-latitude cold air outbreaks. The sparse historical record, which includes an unusually SSW-rich 2000's decade, make for an uncertain SSW climatology: when do they occur, how often, and how predictably? Long, expensive model runs could answer these statistical questions, but with a tradeoff between cost and bias. We instead utilize weather forecast ensembles that are high-resolution, but short (subseasonal) in duration. A simple coarse-graining procedure chains them together to estimate key climate statistics, such as annual frequencies and timing distributions of SSW events. With hindcasts spanning only 21 years of data from 1996 to 2017, we find statistics that match well with 20th-century reanalysis, while yielding accurate estimates of centennial-scale rare events. The statistical method we employ uses only short model simulations, which opens the door to highly parallel computational pipelines to assess climate risk. Further analysis of an idealized stratospheric dynamical model reveals detailed dynamical insights on the mechanism of SSW, again using only short simulations. This serves as a proof-of-concept for rare event techniques across a hierarchy of models.