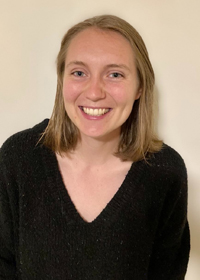 Mountain hydrology in the American West is a critical component of regional ecosystem and economic function. Fresh water’s importance is not new or understated, but is growing as the double pressure of increasing human population and climate change drive up current scarcity and future unpredictability. Forests are an integral component of energy and mass transfer in snowpack across the American. Forest-snow interactions are complex and multidirectional; similar tree disturbance scenarios can induce opposite responses in snow distribution, amount, and melt timing.

This, in the context of increasing frequency and severity of wildland fires, introduces a major source of uncertainty as to how forests will modulate snow accumulation and ablation in the future. Complexity is also an opportunity: forests present a pathway to address threats to snow through wildland fire-oriented research and management.

In this work, we use decades of wildland fire boundaries (Wildland Fire Interagency Geospatial Services) in the American West to differentiate burned and unburned regions in the montane seasonals snow zone and investigate differences in ecosystem and snow hydrology metrics. We use snow water equivalent data from Landsat-based reanalysis (1985-2016) and snow pillow data as well as satellite vegetation products. We investigate statistical relationships between snow, potential evaporation, and vegetation metrics inside and outside burn scars. We find different responses in snow-potential evaporation-productivity relationships in burned and unburned forests. We also show differences in snow disappearance rate and date in burned regions of the Sierra Nevada.

Using long-term streamflow data sets for gaged basins in the West, we compare pre- and post-fire streamflow in burned basins. As previously shown, we find higher runoff ratio after fires in most basins, with a stronger response in basins with a higher proportion of area burned. Streamflow response was also higher where more of the basin is in the seasonal snow zone and where more of the seasonal snow zone burned. Lastly, we incorporate fire ecology metrics, including stand-clearing decay coefficient and severity proportions to add nuance to spatially heterogeneous fire-snow interactions.