What Regulates the Growth of Supermassive Black Holes? 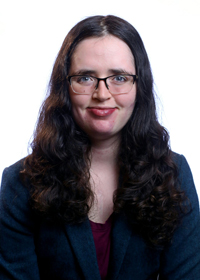 Observations indicate that supermassive black holes at the centers of galaxies release massive amounts of energy into their surroundings, potentially significantly affecting the galaxies’ development. However, the processes by which black holes grow to supermassive sizes remain unclear, and modeling black hole physics in the context of galaxy formation and evolution is complicated due to the range of physical and temporal scales involved. In simulations large enough to capture the large-scale structure of the universe, including the mergers and collisions which drive galaxy evolution, calculating physical processes from first principles can be prohibitively computationally expensive. Several recent simulations of galaxy formation predict two main phases of black hole accretion: an early, inefficient phase, followed by a phase of accelerated growth. I investigated the growth history of black holes in high-resolution simulations of galaxies ranging from dwarf galaxies to galaxies more massive than the Milky Way. I find that multiple physical properties of the galaxy, including central stellar surface density and the properties of the gas in the dark matter halo surrounding the galaxy, correlate with accelerated black hole fueling, and suggest some possible underlying mechanisms driving the increase in black hole growth.