Gaining an Atomistic Understanding of Auger-Meitner Recombination in Silicon 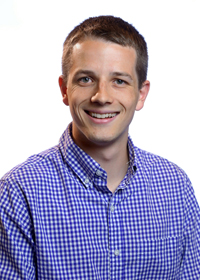 Auger-Meitner recombination (AMR) is an intrinsic, non-radiative recombination mechanism involving three carriers - either two electrons and a hole (eeh) or two holes and an electron (hhe) - where an electron and hole recombine across the band gap and excite the third carrier into a high energy state. Despite silicon's overwhelming importance as a semiconductor, the microscopic mechanisms of AMR remain poorly understood. In this work, we use first principles methods to probe both direct AMR, where momentum is strictly conserved by the recombining electrons and holes, as well as indirect (phonon-assisted) AMR, which is enabled by the additional momentum provided via electron-phonon coupling. In addition to assessing the relative strength of the different AMR mechanisms, we also investigate the contribution of different electronic valleys and phonon modes to the overall Auger-Meitner recombination rate, as well as the momentum distribution of the excited carrier. Our methodology enables the treatment of both direct and phonon-assisted AMR on the same predictive footing. The computational cost of such calculations has limited the scope of prior first-principles efforts. However, we leverage both the underlying symmetry of the physical system as well as modern HPC infrastructure to reduce the computational cost to a tractable level. Our calculations demonstrate excellent agreement with experimental measurements and verify that phonon-assisted AMR is the dominant mechanism in silicon, resolving a longstanding question within the field. Furthermore, our analysis reveals that the AMR rate can be tuned via strain engineering. Ultimately, our work provides clarity on this important recombination mechanism in silicon and is generalizable to other materials.