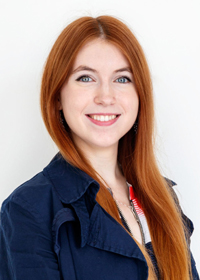 Just like traditional archaeologists who study the history of humanity through ancient artifacts, galactic archaeologists study the history of our galaxy through ancient stars and dwarf galaxies that still survive today. The motions and chemical composition of the stars currently present in the outskirts of a galaxy preserve a record of the galaxy's formation history. While most of the stars in the center and disk of a galaxy formed in situ, many of the stars in the outskirts originated in the many small galaxies that the central host galaxy accreted over billions of years. Currently, though, we lack ways to identify which stars originated in which dwarf galaxies or even reliably identify which stars were accreted. By utilizing cosmological galaxy formation simulations and high-performance computing, we find that stars with strong enrichment of certain chemical elements (e.g., r-process elements) may have preferentially formed in the smallest dwarf galaxies that merged into the Milky Way. We also quantify how well astronomers can kinematically identify stars that accreted together from these dwarf galaxies. Currently, we are expanding on this work with several more detailed simulations of dwarf galaxies and how r-process elements mix into interstellar gas.