Rocket Science Made Easy: Simulation of a Shock Turbulent Boundary Layer Interaction in an Over-expanded Nozzle 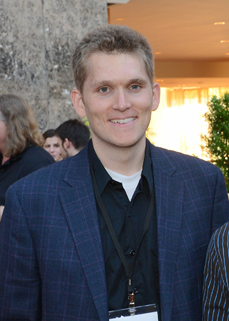 Rocket propulsion has enabled space exploration and mass deployment of satellites and has strengthened our country's military force. Despite the frequent use of this technology, there still is a great deal which is not understood about the complex physical phenomena interacting in a rocket propulsion system. For instance, in the nozzle portion of the rocket, supersonic gas is accelerated and spewed out the exit, thereby generating thrust. In the nozzle, this high-speed flow often generates shock waves that impinge on the nozzle walls. The interaction of the shock with the turbulent fluid near the nozzle wall can cause shedding of vortical structures and lead to unsteadiness in the shock wave and downstream flow. This unsteadiness creates lateral thrust or "side loads" which can adversely impact the rocket's stability. Due to the extreme conditions in which these interactions are manifest, experiments offer limited insight into the physical processes driving the shock instability. In our research, we have leveraged the advancing technique of Large-Eddy Simulation (LES) to simulate this complex interaction. A brief description of the method will be given, pointing out the problems and solutions of simulating this class of flow. Results from a high-fidelity LES are discussed, with emphasis on the large unsteadiness of the shock wave and the underlying mechanism causing the instability. LES results compare well to those from similar experiments. The richness of the LES data has elucidated the understanding of unsteadiness in rocket nozzles and further demonstrated the utility of the LES methodology.