Gluons from the Fifth Dimension: A Search for Kaluza-Klein Gluons at the LHC 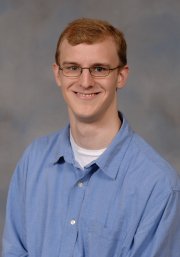 Despite our everyday experiences, gravity is the least well understood of the four fundamental forces and is the only one not to be included in the Standard Model (SM), which describes the composition and interactions of the fundamental constituents of matter. Because of its incredible weakness (the ratio of the force of gravity to the force of electromagnetism between two electrons is of order 10-40), experiments to probe the behavior of gravity at distances shorter than a few millimeters are rendered ineffective due to effects from the other forces. One of the most interesting of the many theories posited to explain this bizarre weakness is that of small extra dimensions, wherein gravity, but not the other forces, is diluted by its leakage into as of yet undiscovered small extra dimensions. If such extra dimensions do exist, standard particles may be excited into moving in those dimensions. Because this movement cannot be observed, the energy of movement in extra dimensions appears as additional mass. Thus, the existence of small extra dimensions will produce a tower of heavy particles, known as Kaluza-Klein particles, corresponding to the allowed energy levels in the extra dimensions. The Large Hadron Collider (LHC), currently being commissioned in Geneva, Switzerland, will be a fertile testing ground for many such theories. I will present a study outlining the potential for discovery of Kaluza-Klein gluons decaying to top quark pairs using the ATLAS detector.