In search of surprises from the quantum vacuum: a computational approach to the study of Casimir forces in nanostructured media 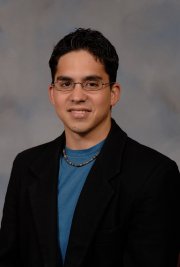 Whenever the mass of an object with charged constituents (such as an atom) is measured, the results display the footprints of a teeming, dynamical vacuum. In particular, the masses and charges of the individual objects are said to be partially screened by their interaction with the fluctuating (zero-point) electromagnetic field. As a consequence, otherwise neutral atoms can acquire time-dependent polarizations that cause them to interact with one another via the so-called “London-dispersion forces”. Surprisingly, this microscopic phenomenon can also be measured at macroscopic scales, where objects such as perfectly metallic (neutral) plates tend toward each other with a force that is inversely proportional to the fourth power of their separation. These macroscopic consequences of the quantum vacuum were first demonstrated decades ago by a physicist named Hendrick Casimir, to whom they owe the term “Casimir forces”. However, the complex nature of the underlying equations has hampered theoretical studies of the force in more complicated geometries. Toward this end, considerable interest has been placed on the problem of developing numerical methods capable of describing the force in structures other than parallel plates, or simple multi-layer generalizations thereof.

In what follows, we present a numerical approach to computing Casimir forces that is amenable to standard numerical electromagnetism techniques. Using this approach, based on the Minkowski stress tensor and the fluctuation-dissipation theorem, we demonstrate and analyze surprising non-monotonic effects involving multiple bodies, and demonstrate the possibility of achieving stable nano-mechanical Casimir oscillators using eccentric cylinders. These results bear relevance to Casimir force applications for micro-electronic mechanical systems and nano-devices, a subject of recent interest. Though computationally demanding, the generality of this method makes it suitable for use in the search of exotic effects arising from complicated geometries.