Cities from space: new portraits of the global urban fabric 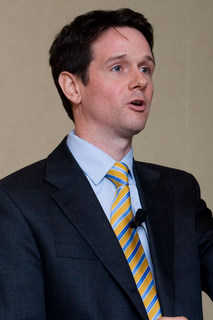 Prior to 2000, if one asked the simple questions, “How much of the Earth is urban, how much is designated for conservation, and what is their spatial relationship?” the only available global maps were not up to the task. That landscape has changed. Over the past five years, international research groups from both government and academia have produced eight global-scale maps that can be used to describe urban areas, and one spatially-complete map of protected areas. With the world’s urban population expected to grow by nearly two billion through 2030, these new maps have arrived just in time.

The aim of this research is threefold: (1) to assess the accuracy of the eight urban maps using a global sample of city-scale maps, (2) to use the most accurate global urban map to characterize the urban-proximity of conservation lands, and (3) to model future urban expansion through 2100 and explore the implications of this expansion for global-scale conservation planning. We identify the new 500 meter resolution Moderate Resolution Imaging Spectroradiometer (MODIS) urban map as the most accurate characterization of the extent and spatial distribution of urban areas. Turning to the question of conservation, we find that globally more than 20,000 square kilometers of this urban map are also mapped as protected areas. Our simple model of urban expansion indicates that in the absence of effective park administration, this urban encroachment could nearly triple by the end of the century. Long-term, the aim of this urban mapping and modeling project is to identify particularly vulnerable biodiversity hotspots, and to provide conservation planners with a useful platform to test a wide suite of strategies for prioritizing global-scale conservation efforts.