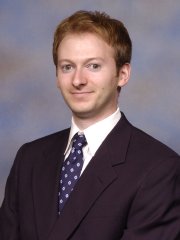 Although gamma frequency oscillations are common in the brain, their functional contributions to neural computation are not understood. Here we report in vitro electrophysiological recordings to evaluate how noisy gamma frequency oscillatory input interacts with the overall activation level of a neuron to determine the precise timing of its action potentials. The experiments were designed to evaluate spike synchrony in a neural circuit architecture in which a population of neurons receives a common noisy gamma oscillatory synaptic drive while the firing rate of each individual neuron is determined by a slowly varying independent input. We demonstrate that similarity of firing rate is a major determinant of synchrony under common noisy oscillatory input: near coincidence of spikes at similar rates gives way to substantial desynchronization at larger firing rate differences. Analysis of this rate-specific synchrony phenomenon reveals distinct spike timing “fingerprints” at different firing rates, which emerge through a combination of phase shifting and abrupt changes in spike patterns. We further demonstrate that rate-specific synchrony permits robust detection of rate similarity in a population of neurons through synchronous activation of a postsynaptic neuron, supporting the biological plausibility of Many Are Equal (MAE) computation. Our results reveal that spatially coherent noisy oscillations, which are common throughout the brain, can generate previously unknown relationships between neural rate codes, noisy interspike intervals, and precise spike synchrony codes. All of these can coexist in a self-consistent manner because of rate-specific synchrony.