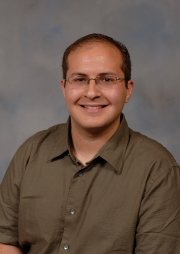 A national, macroscopic airspace model can aid the government in making difficult decisions after the loss of infrastructure. This loss may include an entire airport, part of an airport, or some en route air traffic control facility. Any of these losses would decrease the capacity of the system such that it becomes an important factor in the model. Whereas previous optimization models only focused on the decisions a single carrier would have to make, this research extends the formulation to include multiple carriers. Each carrier is assumed to have its own unique aircraft fleet, routes, and hub airports. The goal of the model is to determine revised flight frequencies for each carrier and each aircraft type between pairs of airports after a loss of infrastructure, incorporating the notion of equity among the individual airlines. A small, 9-node test case illustrates the potential contributions of such a model.