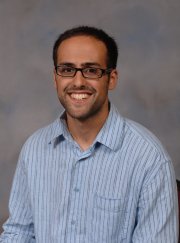 We previously constructed a synthetic E. coli genetic network which produces oscillations in protein levels. However, when E. coli cells divide, they quickly lose synchrony with their progeny within 2-3 cell divisions producing a wide variability in oscillation phase across a population. I am studying an intracellular quorum sensing circuit that will enable cells to communicate their phases and allow them to synchronize their oscillatory behavior. Theoretical work has previously shown a design in which cells could synchronize via the luxIR system from Vibrio Fischeri. Molecular cloning techniques, microfluidics, and modelling are used to study the dynamics of synchronization for a population of cells.