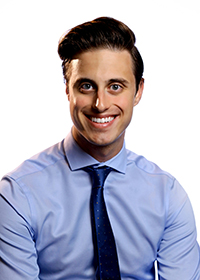 I am interested in nuclear astrophysics, specifically nucleosynthesis and understanding the origin of the elements. My work involves measuring nuclear reactions at low energies in order to constrain astrophysical production sites and verify theoretical models. I am most interested in understanding the slow neutron-capture process (s-process) and rapid neutron-capture process (r-process), which are each believed to be responsible for the synthesis of approximately half of all elements heavier than iron.

The isotopes involved in r-process nucleosynthesis are often very short-lived, as are the fission fragments relevant for stockpile stewardship. Neutron-induced reactions on these isotopes are often impossible to measure experimentally. However, recent theory developments have made possible the calculation of neutron-capture (n,g) cross sections from measurements of the much more experimentally accessible (d,p g) reactions. First applications of this "surrogate reaction method" have been very promising. The success of the surrogate method and the advent of radioactive ion beam accelerators make possible a number of measurements for nuclear astrophysics and stockpile stewardship that were previously inaccessible.