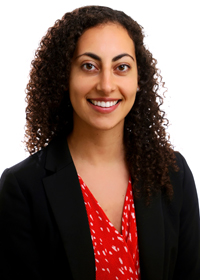 Actinide ions and other toxic compounds based on ions such as technetium and caesium are widely present in the United States’ nuclear deterrent stockpile and legacy waste. It is thus vital to dedicate significant research efforts towards both (1) understanding the fundamental chemical properties of actinide species and (2) capturing hazardous radioactive compounds.

An optimal platform to address both of these objectives is a metal-organic framework (MOF). A unique class of scientifically intricate, architecturally striking, and artistically exquisite structures, MOFs integrate the diversity and tunability of organic molecules and the structural integrity of inorganic compounds into crystalline, porous networks. MOFs are composed of inorganic nodes and organic linkers which self-assemble into chemically diverse structures with typically high surface areas. The high stability and well-defined coordination environments inherent to metal-organic frameworks (MOFs) make them useful in both of my targeted objectives.

(1) Incorporating actinide ions into MOFs will assist in better understanding the coordination chemistry and reactivity of actinide ions. However, most MOFs are based on transition metal or lanthanide nodes, and the analogous design rules for actinide MOFs are lacking. Thus, I focus on developing design rules for uranium MOFs by predicting and controlling topologies through synthesis techniques and examining the structure–property relationships of the resulting MOFs.

(2) Exceptionally stable zirconium-based MOFs have shown promising abilities to capture toxic compounds from radioactive waste. However, if these MOFs are unable to remain stable in the presence of high radiation, their ability to capture hazardous compounds will be ineffective. Thus, I expose these MOFs to significant radiation levels and demonstrate their stability levels under these harsh conditions.

14-15. HZ-166: A Novel a2 and a3 Subunit-containing GABAa Receptor Agonist that has Antihyperalgesic Properties but not Operant Behavioral Side Effects. Presented at Mid-Atlantic Pharmacology Society Meeting on Oct 28, 2014 and Cooper Medical School of Rowan Pre-Medical Urban Leadership Summer Experience Poster Session in July 2014.