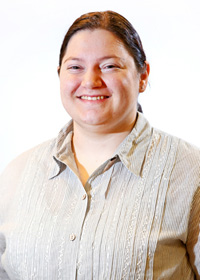 Elements with atomic number greater than 92 are not naturally occurring. Above this proton number, in the sea of instability, no known stable nuclei exist. There is the island of stability, a region of enhanced stability near Z=114 and N=184, as we push to higher and higher atomic numbers, a class of elements known as the superheavy elements. The structural properties of the superheavy elements are still largely unknown. The extent of the island of stability is not completely known.

Element 114 (Fl) was discovered at the Flerov Laboratory of Nuclear Reactions (FLNR) using the 48Ca+244Pu reaction and the Dubna Gas-Filled Recoil Separator (DGFRS)[1]. Since its discovery, fewer than 100 atoms of Fl have been observed. It is believed to be at a proton shell closure, enhancing its stability. To examine these predicted shell closures, a new experimental data set has been taken using the 48Ca+239Pu reaction at the DGFRS in an effort to look for lighter isotopes of Fl. The low statistics of these experiments require careful analysis to rule out background contribution[2]. An introduction to the detection of superheavy elements and its challenges will be presented, with results from recent experiments.
[1]Yu.Ts. Oganessian, et al., Phys. Rev. C 62, 041604(R) (2000).
[2]N.J. Stoyer et al., Nuc. Inst. Meth. A 455 (2000).