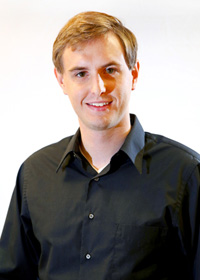 In the solar radiative zone, energy transport is dominated by photon diffusion processes that depend heavily on the material opacity. At the top of the radiative zone, energy transport becomes convective. The location of the boundary between radiative and convective energy transport is well known from helioseismic observation but current solar models struggle to predict the observed boundary location, possibly due to inaccuracies in the iron opacity model. A short-pulse radiative opacity platform is being developed at the University of Rochester's Laboratory for Laser Energetics to validate iron opacity models in the hot, dense plasma regime relevant to the convective zone boundary. The experimental platform will diagnose X-ray emission from an impulsively heated buried-layer target to infer the frequency-dependent opacity. Simultaneous time-integrated and time-resolved dopant spectroscopy will be used to infer plasma conditions in the thin buried layer during the measurement.