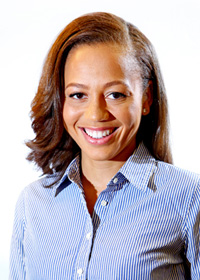 As signatories to the Nuclear Nonproliferation Treaty (NPT), nuclear weapon states have the obligation to disarm. In the time since the treaty's ratification, the United States and the Russian Federation have made progress toward disarmament by reducing the number of deployed weapons. The next step involves the verifiable dismantling of warheads. To accomplish this, technologies and verification protocols must be developed to provide confidence that dismantlement is actually taking place.

An important step in the dismantlement process is warhead confirmation, in which inspections are done to confirm that the item presented for dismantlement is the treaty-limited warhead. The expectation is that this assessment is done without direct access to the warhead and under agreed-upon time constraints that minimize the impact on facility operations.

One approach to warhead confirmation is to combine a number of measurements that confirm different signatures of the warhead. In this poster, we present the confirmation of the presence of high explosive as a key signature for warhead confirmation. Focusing only on plutonium weapons, this approach uses the intrinsic neutron and gamma radiation generated from spontaneous fission, inelastic scatter and neutron capture to establish a reference measurement of the induced radiation signature of the high explosive. This reference measurement will be used as the template to which other warheads will be compared. Gamma emissions at 2.2 MeV from neutron capture on hydrogen and 10.83 MeV from neutron capture on nitrogen, and other possible induced-gamma lines, will be used to confirm the identity of the high explosive.