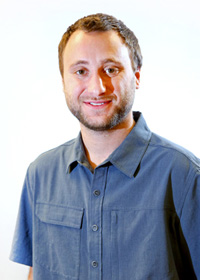 Large-scale motion of Earth’s tectonic plates is closely linked to deformation in the upper mantle. The upper mantle is typically modeled mechanically as polycrystalline olivine, for which deformation behavior is constrained by laboratory experiments designed and analyzed under the assumption that the material is isotropic. However, olivine single crystals are highly anisotropic with respect to dislocation motion, resulting in rotation and alignment of grains during deformation of polycrystalline samples to form a crystallographic preferred orientation (CPO). Olivine CPO is the dominant explanation for seismic anisotropy observed in Earth’s upper mantle. First-order calculations and numerical models demonstrate that the assumption of isotropic viscosity introduces large errors when applied to geodynamic processes, such as calculations of the spacing and timing of Rayleigh-Taylor instabilities, the shape and velocity distribution of convection cells, and the thermal structure of subduction zones.

We have performed deformation experiments on olivine aggregates synthesized from hot pressed San Carlos olivine powder at 1,250° C and 300 MPa using a variety of deformation geometries in a high-resolution gas-medium apparatus. Samples were deformed in multiple stages and the CPO was characterized by electron backscatter diffraction (EBSD) before and after each deformation step. This approach allowed for known variation of the geometry of the stress state and CPO. Ultimately, our experiments are designed to constrain a mechanical model that includes statistical properties of the CPO to characterize the three-dimensional anisotropic rheology of polycrystalline aggregates with arbitrary grain orientation distributions. Linking our data with observations of seismic anisotropy, which can be inverted to predict the strength of CPOs found in the Earth, will permit more accurate geodynamic modeling of mantle convection and large-scale tectonic plate motion.