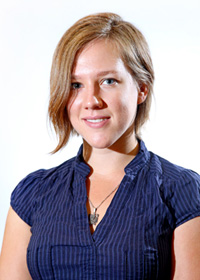 Core-collapse supernovae are powerful explosions marking the end of a massive star's life. When they die, these stars leave behind remnant neutron stars or black holes and throw off ejected material at typically 10,000 km/s, which is illuminated for days to months by the decay of radioactive material created in the explosion or by energy from the explosion itself. The type and structure of the star that produced the supernova often is not obvious, but the evolution of the optical signature from the explosion's aftermath can provide clues to its properties at the time of its death. In particular, the composition and structure of the star is heavily influenced by binary evolution (causing mass loss or mass gain and angular momentum transfer), mass loss from stellar winds, and late-stage activity from nuclear burning that may cause the star to expand or shed shells of material. To this end, we are systematically exploring mass loss and structural changes during massive stars' lives and how these different evolutionary paths affect what is observed when the stars explode. We first use the one-dimensional (spherically symmetric) open-source stellar evolution code MESA to evolve stars up to the ends of their lives as they undergo different amounts of mass loss. We have written a simple 1-D Lagrangian hydrodynamics code and exploded a grid of these models with various initial and final masses. After evolving the ejected material out to the point at which it expands freely, we have used the radiation transport code SEDONA to propagate optical radiation through the ejecta and predict signatures from these supernovae. We show the preliminary set of light curves for this grid of models and compare to data from observed supernovae from the Palomar Transient Factory. In future work, we will extend this grid to further explore the parameter space of initial and final masses and also will explore the effects of different amounts and distributions of radioactive material produced in the explosions.