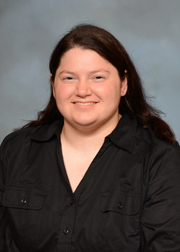 The synthesis of heavy elements (Z > 26) cannot proceed through fusion in stars due to energy consumption. Above Z > 26, neutron processes both rapid (r-) and slow (s-) are responsible for the creation of heavy elements. The r-process takes place far away from stability with a series of successive neutron captures and beta decays. The abundances of the resulting heavy elements from the r-process are dependent on nuclear masses, half-lives, and neutron capture rates. Using several different mass model programs, influential isotopes with poorly known nuclear masses were identified[1] in a recent publication. We have used this study to propose a set of measurements at Argonne National Laboratory using the Canadian Penning Trap (CPT). Several of these nuclei (23) are produced in fission at a rate of 10^-5 for every 100 Californium nuclei, pushing the limits of what is currently experimentally possible. The detector and analysis techniques used at the CPT will be presented. [1]Brett et al., Eur. Phys. Jour. A, 12184-4 (2012).