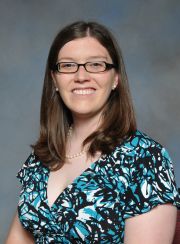 With the growing emphasis on renewable energy sources such as solar and wind, large-scale solutions for energy storage and efficient energy utilization are becoming more critical. Reversible solid oxide cells (SOCs) are one option to fill this void; however, several issues such as high operating temperatures and low round-trip efficiency prevent SOCs from becoming a widespread solution. We seek to devise new material systems with satisfactory performance in both fuel cell and electrolysis mode at lower temperatures. Reducing the operating temperature of an SOC will decrease start-up times and prolong material lifetimes, leading to solutions with fast implementation and long-term stability. To accommodate these alternative operating conditions, novel ceramic electrolytes and anodes have been proposed. La0.9Sr0.1Ga0.8Mg0.2O3 (LSGM) is a promising electrolyte material with high ionic conductivity and low resistance at reduced temperatures and low oxygen partial pressures. In creating cells based on this electrolyte, our investigation into novel anodes is twofold. Sr0.8La0.2TiO3 (SLT) is a ceramic with high electrical conductivity, which is chemically and thermally compatible with LSGM. Ceria, which has mixed ionic and electronic conductivity, is another promising anode chemistry. Based on previous observations, we believe that palladium-doped ceria will exhibit regenerative properties, making the SOC redox-stable and prolonging its performance and lifetime. Here we present the preliminary findings of SLT anode-supported cells with LSGM electrolytes and regenerative ceria-based anodes with varying Pd doping levels on LSGM electrolyte-supported cells. Application methods such as screenprinting and colloidal deposition were used for the electrolyte and anode layers. Additional work was done with varying functional layer compositions to increase triple phase boundaries and thus, improve performance. Characterization techniques such as TEM, SEM, and XRD were used to determine the properties of these anodes and avenues for further investigation.