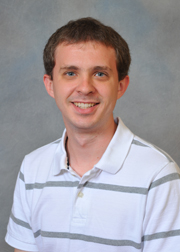 Previous studies of plasma pinches, such as x-pinches or hybrid pinches, have thoroughly characterized the radiating hot spot formed at the center of the plasma in terms of size, temperature, and density. However, much of the plasma volume surrounding the hot spot has remained relatively unstudied. While point projection imaging and interferometry can be used to probe the density of this surrounding plasma, these diagnostics cannot provide measurements of plasma temperature. Emission spectroscopy can reveal temperatures, but the intensity of the hot spot outshines the surrounding plasma, making spectral studies of nearby regions exceptionally challenging. We propose that a study of the surrounding plasma can be accomplished by means of absorption spectroscopy in spite of the high brightness of the x-pinch. Such an experiment has been designed for the XP pulser at Cornell University. The XP pulser, which is capable of delivering 500 kA of current in 100 ns, is used to drive an x-pinch as a source of continuum radiation. This radiation is dispersed by an astigmatic mica crystal before interacting with another x-pinch serving as the object plasma. The astigmatism of the crystal allows focusing to occur both at the sample location as well as at the detector for increased luminosity. To date, the experimental design for the study of plasma in an aluminum x-pinch has been completed. The object plasma under study will be Al 5056, an Al alloy containing 5 percent Mg. The H-like and He-like resonance and satellite lines in the spectrum from the Mg will be used as the basis for plasma diagnosis. The back lighting source will be tantalum due to its relatively flat continuum spectrum between the wavelengths of 8.2 and 9.5 angstroms. Preliminary results from this experiment will be presented.