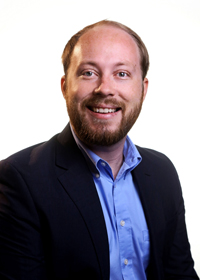 The explosions Logan Kunka studies can cause devastating accidents, such as the ones that destroyed the Bruncefield fuel depot in England in 2005, closed New Zealand’s Pike River Mine in 2010 and shattered Beirut, Lebanon, in 2020. But they also could be useful when properly regulated.

Accidental detonations of fuel mixtures in mine explosions or industrial blasts “deserve research and understanding into why these happen, ultimately to prevent” recurrences, Kunka says.

“But if you know how to prevent it, then you also know how to control it” and harness these reactions to propel aircraft, adds Kunka, a Department of Energy Computational Science Graduate Fellowship (DOE CSGF) recipient. In his aerospace engineering doctoral research at Texas A&M University, he uses high-performance computing (HPC) to understand details that could help preempt or employ this chemical punch.

Kunka’s incendiary fascination is rooted in summers spent at his family’s Canadian vacation home. “Our neighbors were bush pilots, so I grew up watching planes fly over.” Back home in Owasso, a Tulsa suburb, Kunka abandoned his early architectural ambition to pursue aerospace engineering – influenced by his father, an electrical engineer. Both of Kunka’s siblings went into similar fields.

Kunka pursued research with Jamey Jacob throughout his undergraduate years at Oklahoma State University, taking particular delight in developing a 3-D printed rocket nozzle and using it successfully in a launch at the lab’s test pad.

But a summer research experience at Sandia National Laboratories’ Combustion Research Facility in California redirected his interests. “I was frustrated with how finicky some of these experiments could be,” Kunka says. He turned to computers to diagnose the problems and realized he could gain insights without actually running potentially dangerous experiments. High-speed combustion and its use in aerospace also engrossed him. “Little did I know that simulating reactive flows, such as flames and detonations, is challenging.” 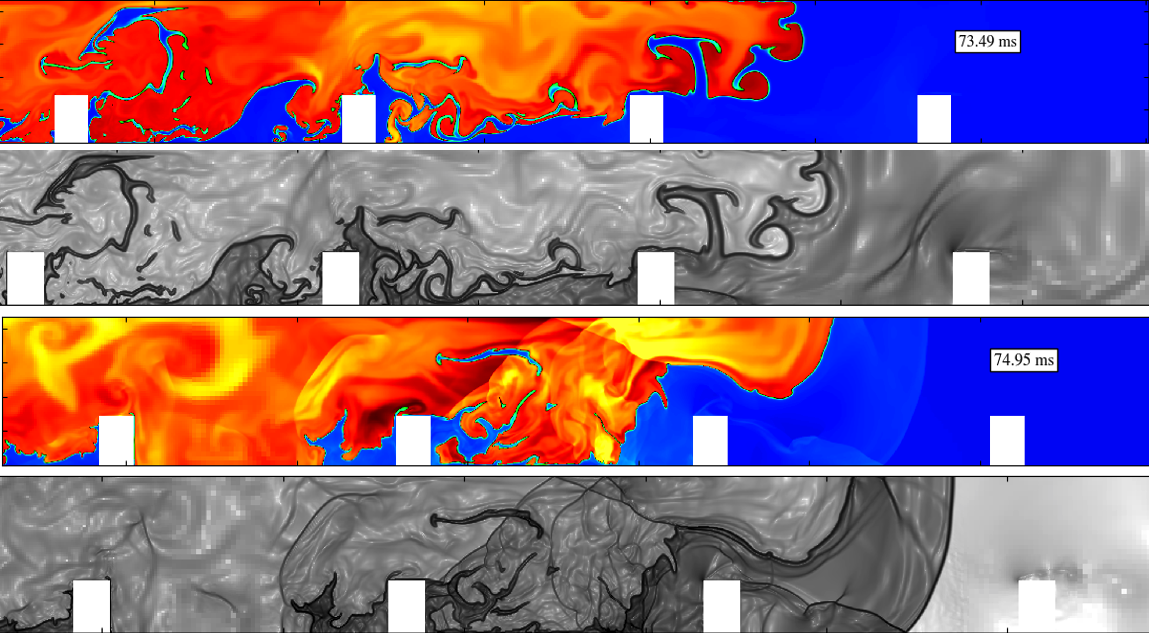 Specifically, Kunka researches evolution of the deflagration-to-detonation transition (DDT) – how low-speed fires suddenly convert to swift explosions. DDT can be disastrous in fertilizer warehouses, mines or industrial plants, but aerospace engineers also are exploiting its power for next-generation aircraft engines. Detonation-powered engines could operate at higher speeds and pressures than standard jets, plus “you can extract more energy out of the fuel, therefore you’re more efficient,” Kunka says.

Combustion and detonation are complex, with chemicals combining and recombining in rapid succession. At the same time, the hydrodynamic forces that mix gas and air operate more slowly. Coupling the two scales is computationally demanding. Meanwhile, models also must capture how these atomic-size interactions drive large-scale processes.

For such codes to run on HPC systems in a reasonable amount of time, researchers must make approximations, trading off detail for a manageable model. Kunka and advisor Elaine Oran tap a variety of reaction models, including detailed kinetics that simulate every combustion reaction and intermediate chemical species. His research has largely focused on simplifying these detailed models while still capturing flame and detonation behavior. He then uses these reduced models to study large-scale systems. “Ultimately, we have to recreate the correct physics, preferably at an extreme computational savings,” he says. Their calculations have run on local campus machines and at Department of Defense facilities, a legacy of Oran’s previous career at the U.S. Naval Research Laboratory.

Kunka studied different detonations, ones that included solids instead of just gases, for his fall 2020 Los Alamos National Laboratory practicum. The goal of the internship, which he did remotely due to pandemic restrictions, was to include accurate physics for both detailed chemical reactions and the solid’s phase change to a gas in a single computational framework.

Kunka had incorporated the detailed reaction kinetics in the code by the time the practicum ended. He and supervisor Chong Chang are continuing to collaborate on including the phase change physics.

The practicum gave Kunka a deeper exposure to the chemistry inherent to his DDT research, a side that some modelers neglect in favor of capturing the fluid physics. “This experience has been influential in my future research of how exactly to get these chemical models correct.” It also solidified his interest in work at a DOE or defense laboratory after graduation.

Meanwhile, Kunka applies his doctoral research to the Detonation Test Research Facility, a 2-by-100-meter blast tube that Texas A&M will build on a nearby former Air Force base. His codes are helping understand what will happen when fuel and air mixtures are ignited in the enormous pipe. The experiments, in turn, will provide data to verify and improve Kunka’s models.

Image caption: Temperature map of flame acceleration and shock formation of a flame (red) propagating into an unburned mixture (blue). Acoustic waves and shocks from corresponding time steps (in milliseconds) are visualized with the density gradient (gray). Credit: Logan Kunka.