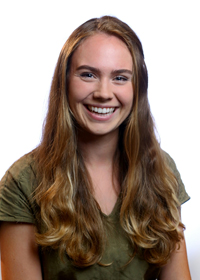 Grace Johnson first planned to become a physician, like her mother, aunt and grandmother. She studied biochemistry as an undergraduate at Loyola Marymount University in Los Angeles and found the inner workings of biology and the complexity of organisms fascinating.

But Johnson also enjoyed math and physics and pursued a minor in applied mathematics. As she was planning her next steps, she says, “I just realized that medical school wasn't for me. There was so much more on the math and the physics side of things that I really wanted to learn, especially things related to quantum mechanics.”

Johnson first studied plants’ light-harvesting complexes – the protein structures that convert incoming photons into chemical energy for photosynthesis. “There are a lot of really beautiful and intricate things that the plant does to move that excitation energy around, and to put it toward the reaction center,” she says. The chlorophyll molecules in this massive protein complex serve as antennae, absorbing photons and shuttling excitation energy to where it’s needed most.

Simulating these processes is a challenging problem. Molecular dynamics lets researchers model the nuclei as classical objects. More accurate quantum chemistry calculations are prohibitively expensive because the methods require solving an approximation of the Schrödinger equation, which describes the wave function of a quantum mechanical system, at every miniscule time step. Johnson and her colleagues in the Martinez group use graphics processing units (GPUs) to accelerate the most expensive part of these calculations. 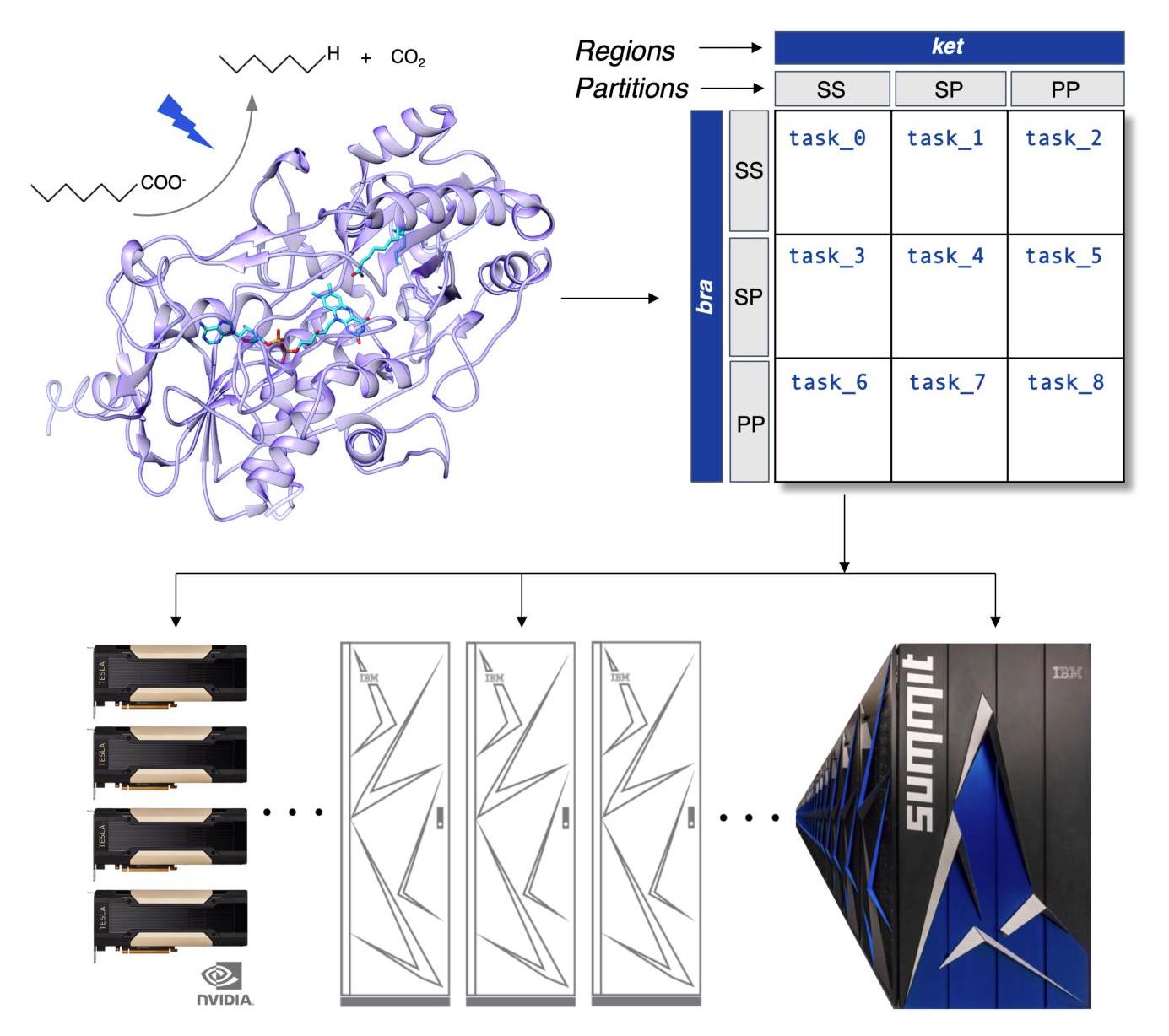 More recently, Johnson has focused on one of this problem’s most difficult computational challenges: calculating the electron repulsion integrals, the interactions between paired electrons. This nasty puzzle demands increasing computer power as electrons are added. With Stanford computer scientist Alex Aiken, the team has been scaling these calculations onto multinode, multi-GPU architectures so that fully quantum-mechanical simulations could run on the largest supercomputers, such as Summit at DOE’s Oak Ridge Leadership Computing Facility.

During her 2019 practicum at the National Renewable Energy Laboratory, Johnson worked with Ross Larsen to simulate the material properties of perovskites, compounds that can convert solar energy to electricity. The team used machine learning to find quantum mechanical parameters that would help constrain and improve the accuracy of their molecular dynamics simulations.

“I got a really good sense of what it would be like to work in a national lab,” she notes, particularly the freedom to explore interesting problems and the intellectual vigor of collaborating. Johnson plans to continue in research after she completes her Ph.D. in 2022 but is open to a range of jobs. “I'm interested in learning new things” in a curious, supportive community.

Besides her research, Johnson spends significant time and effort promoting diversity, equity and inclusion in science, technology, engineering and math. Three years ago she and fellow Stanford graduate student Hayley Weir developed WoSTEM, an online project in the style of the popular Humans of New York series. “The whole idea is to normalize seeing women in lots of different fields and to provide role models,” she says. They and two other Stanford students launched WoSTEM on Instagram, Facebook, Twitter and LinkedIn. In the past two years, the team has interviewed and featured more than 80 women in STEM.

It’s important to introduce students from marginalized backgrounds to opportunities in research, Johnson says. “Science is going to be better if we pull from the whole population.”

Some of this work feels personal, she adds. Johnson saw successful female doctors in her family but didn’t picture herself in physics at first, even though her grandfather had been a physics professor and her father had studied the subject. “I had people in my life who did this stuff, but I didn't place myself there.”