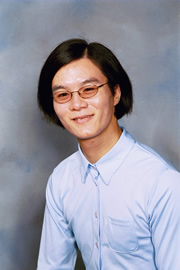 Sensory neuroscience is one of the most quantitative and computationally sophisticated areas of neuroscience. Sensory systems are particularly amenable to a computational approach because sensory input can be tightly controlled during experiments and quantified for analysis. We have developed a computational framework for estimating the functional relationship between sensory stimulus and single (or population) neuronal response. This framework unifies virtually all existing methods for neuronal function characterization. Furthermore, we have developed objective criteria for assessing the performance of the resulting model via prediction. We have applied this framework to neurons in primary visual cortex and higher cortical area under experimental conditions that mimic natural stimulation. The performance of the resulting model is assessed objectively by its predictive power. Understanding the function of single neuron is a critical step toward understanding the complex cognitive process in our brain. These include perception, recognition, decision, learning, etc. Several potential applications and future directions will be discussed.