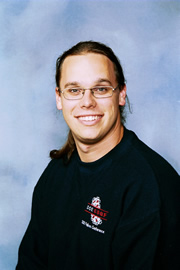 In order for computational chemistry to become a viable alternative to experiment and become a true predictor for science and industry, high accuracy must be attainable in a time-frame that does not exceed the time spent on experiment. Current methods are either hampered by a lack of accuracy (e.g., Hartree-Fock theory) or, in the worst case, insurmountable computational efforts for anything but the simplest problems (i.e. full configuration interaction [FCI]). The working equation of quantum chemistry, the Schrödinger equation, relies on two-body operators only. Hence, the use of two-body functions arises naturally. The unrestricted antisymmetric geminal product (UAGP) combines the ideas of geminal functional theory and Hartree-Fock theory to several geminals

. UAGP lays the groundwork for the highest accuracy at a cost that scales with O(n6 ). The UAGP approach was further tested on sample 4-electron systems, Li-, Be, B+, as well as LiH, BeH+, He2 , H3- and their respective dissociated species, with the moderately large basis set cc-pVDZ. The calculations confirmed the theoretical results and rendered excellent accuracy.