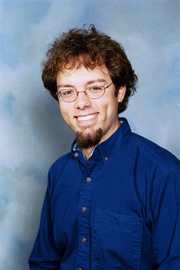 We are pursuing a program of simulation and data analysis that will allow us to determine the qualitative features of the merger history that led to elliptical galaxies as we see them today. We have analyzed the projected spatial and kinematic structure of the remnants resulting from more than 100 spiral galaxy hydrodynamic merger simulations. The simulations were performed with GADGET, a publicly available Smoothed Particle Hydrodynamics code. By comparing to Integral Field Unit data from the SAURON survey, we found that one class of nearby elliptical galaxies (those with large angular momentum per unit mass) is well-modeled by binary mergers of gas-rich spiral galaxies. However, such simulations failed to produce a single galaxy with low angular momentum per unit mass.

Simulations of cosmological structure formation can track all of the details of the history of the build-up of mass for structures in a representative sample of the universe, but they lack the spatial resolution necessary to accurately recover the properties of individual galaxies. Therefore, we are performing simulations of individual galaxies undergoing multiple mergers of galaxies where the final galaxy is built up either through sequential binary major mergers or sequential minor mergers in the hope that one or the other of these mechanisms will form plausible candidates for the galaxies with low angular momentum per unit mass.