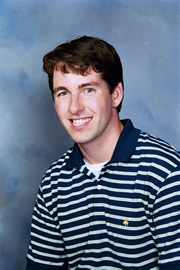 Microbes are nature’s model of nanotechnology. Microbial cells engage in organic synthesis, energy transduction, and signal processing under extreme conditions and at nanometer scales – rivaling that of any engineered system. Such abilities can be harnessed to useful ends, such as the bioremediation of contaminated environments, or biologically based alternative energies.

Shewanella oneidensis MR-1 is a metabolically versatile cousin of Escherichia coli, best-known for its ability to directly catalyze the reduction of metals, including Uranium (VI). Its genome sequence reveals an expansive metabolic machinery, but how this machinery is regulated is an open question.

It is likely that the reduction of Uranium (VI) and Shewanella’s other capacities are not directed by single genes, but by networks of interacting genes, proteins, and metabolites. Characterizing these networks requires the measurement of hundreds of genes simultaneously – something for which microarray technology is ideal.

To this end, I have designed the first high-density oligonucleotide microarray for Shewanella containing probes for every gene in its genome. Using a factorial design, I conducted over 100 experiments under a range of environmental conditions, sampling over 107 points in this organism’s gene expression space. With this data, I have reconstructed the first genome-wide regulatory network for this organism.

In this talk, I will discuss my experimental approach, the algorithm used for reconstructing Shewanella’s genome-wide network, and how we are using our network model to build a strain of Shewanella optimized for metal reduction.