A PieceWise Linear Finite Element Discretization of the Diffusion Equation 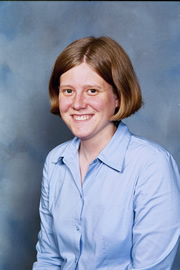 We have applied a Piecewise Linear (PWL) continuous Galerkin finite element method to the three-dimensional diffusion equation. This discretization is particularly interesting because it can be applied on an arbitrary polyhedral mesh. The method has been implemented in the KULL software project being developed at Lawrence Livermore National Laboratory. This project previously utilized Palmer’s method as its diffusion solver, which is a finite-volume method that can produce an asymmetric coefficient matrix. The PWL method produces a symmetric positive definite coefficient matrix that can be solved more efficiently, while retaining the accuracy and robustness of Palmer’s method.

Because the PWL method is a Galerkin finite element method, it has a firm theoretical background to draw from. We show that the PWL method is a well-posed discrete problem with a second-order convergence rate. Also, we performed a simple mode analysis on the PWL method and Palmer’s method to compare the accuracy of each method for a certain class of problems.

Finally, we have run a series of numerical tests to uncover more properties of both the PWL method and Palmer’s method. These numerical results indicate that the PWL method, partially due to its symmetric matrix, is able to solve large-scale diffusion problems very efficiently.