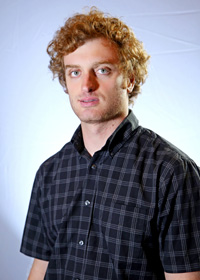 Zollinger Outstanding Senior- February 2009
This award is given to one senior in each of Sigma Phi Epsilon's 25 districts for scholastic and extra-curricular excellence in pursuit of the Balanced Man ideal.

College Honors- May 2009
I received Mellon College of Science honors at graduation for maintaining a 3.2 QPA and carrying out significant research that was presented at the Sigma Xi Research Poster competition at the undergraduate research symposium at Carnegie Mellon (Meeting of the Minds).

Passed the Atmospheric Science Qualifying Examination at the University of Utah with distinction, meaning that I could have moved directly into the PhD program without first completing a Master's degree.