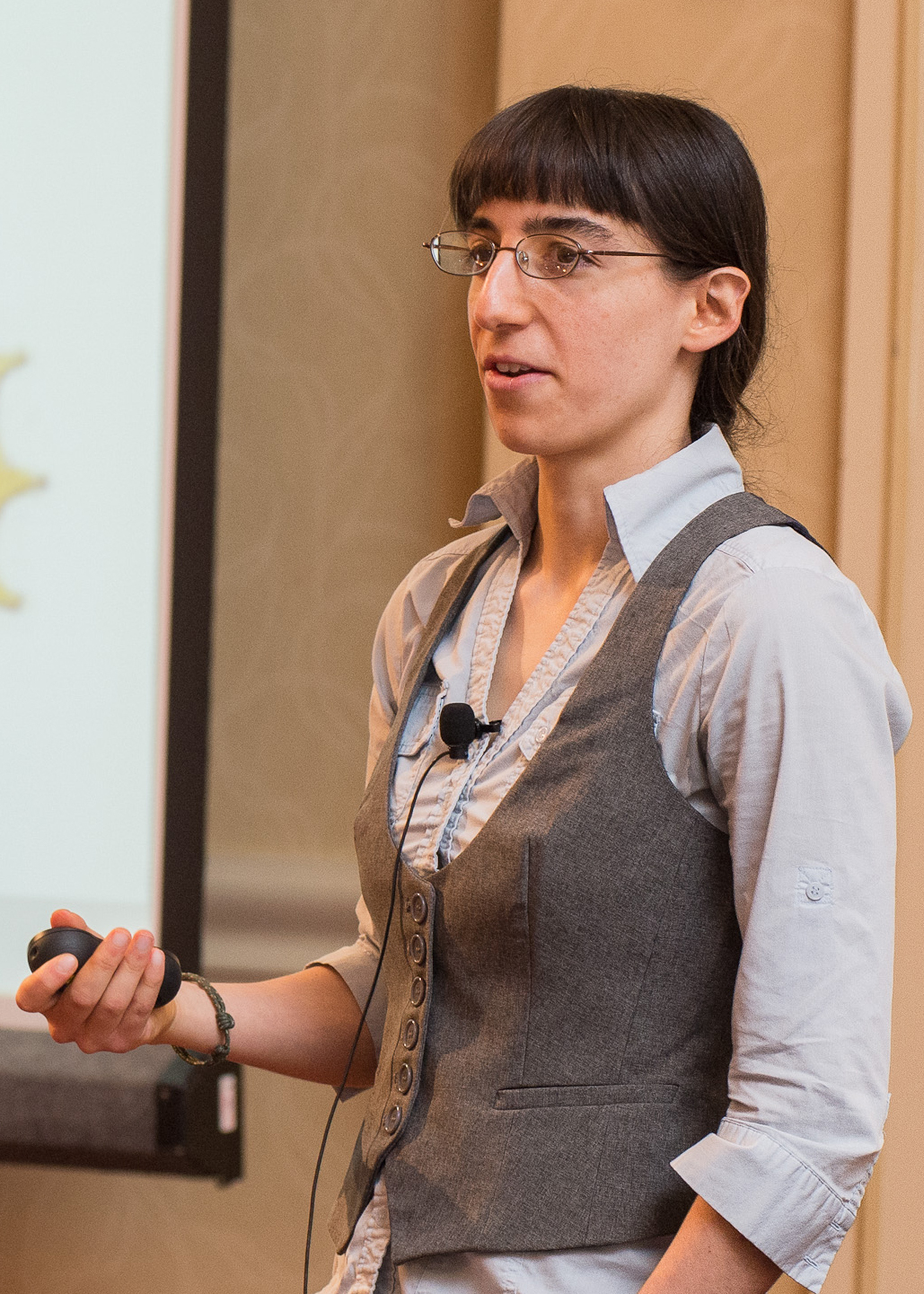 Chemist Brenda Rubenstein won’t settle for science problems that are hard and interesting alone. Though a theorist, she works on practical challenges such as energy storage, new catalysts and molecular computing.

Rubenstein, a Brown University assistant professor, credits her experience at Department of Energy (DOE) national laboratories with steering her toward grand challenge questions. “Working at the labs showed me a different perspective,” she says. “There are societally important problems that need to be solved.”

She’s gained traction, financial support and accolades for that research. In a Nature paper, Rubenstein described how molecules can store data – up to gigabytes of images and audio clips. In 2019, she received a prestigious Alfred P. Sloan Fellowship to support her work. Chemical and Engineering News recognized her as one of 2019’s Talented 12 chemists, an honor reserved for early-career researchers tackling ambitious and risky questions.

The recognition is “a nice pat on the back,” says Rubenstein, a DOE Computational Science Graduate Fellowship (DOE CSGF) recipient from 2008 to 2012, but her core commitment lies in doing the best possible science while helping humanity.

In high school she was interested in history and biology and was a nationally ranked debater. As a Brown undergraduate, science took over. “I realized that if you actually want to make a faster impact and improve people's lives, technology is an excellent way of doing that.”

That eagerness, even impatience, also shaped how Rubenstein works. By her early college years, she’d completed several internships in biochemistry and biophysics.

“I moved toward theory, recognizing that it has a faster pace. So if you have a good idea and you can formulate it, you can solve it much more rapidly.” Rubenstein wanted to combine equations with the strong scientific principles of chemistry and physics. She majored in chemical physics and applied mathematics and completed her Ph.D. at Columbia University.

Rubenstein and Brown engineer Jacob Rosenstein also are blazing a trail in a nascent field: molecular computing. Small molecules can store data just as compactly as organisms do in DNA. Bits can be encoded in the presence or absence of molecules built from combinations of chemical fragments. They read out the bits by measuring the molecules’ masses.

Chemistry also can serve as a basis for computation. For example, linear algebra and much of machine learning are built on multiply-accumulate operations. “Molecules can do that pretty much automatically,” Rubenstein says. Weighting the amount of different molecule components or a reaction’s speed is like multiplication, she says. Products then pool as a reaction progresses. “That's like accumulating,” she explains.

Besides her research, Rubenstein wants to improve underserved students’ access to science education. She attended struggling New Jersey schools in poor districts before landing a spot at a top science magnet high school. “I won the lottery there,” she says, and she’s determined to help others.

Improving the diversity of the U.S. science talent pool is important for research quality, Rubenstein adds. Fewer than 10 percent of chemistry Ph.D.s and fewer than 5 percent of physics Ph.D.s were awarded to African-American and Hispanic students, 2015 National Science Foundation statistics show. She notes that science lacks diversity, “and that's not sustainable.”