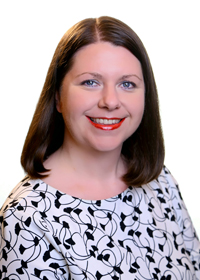 Ashlee Ford Versypt, an assistant professor of chemical engineering at Oklahoma State University, and Tal Danino, an assistant professor of biomedical engineering at Columbia University, received the grants, NSF’s most prestigious awards in support of early-career faculty. The endowments support researchers with potential to serve as academic role models and to lead advances in the missions of their departments, the NSF CAREER website says.

Ford Versypt, a DOE CSGF recipient from 2006 to 2010, will receive $550,000 over five years for her project, titled “Multiscale Modeling of a Virtual Kidney during the Onset and Progression of Diabetic Kidney Disease.” The simulation will connect several processes that contribute to kidney damage due to diabetes and help understand how they interact and proceed over time, a project abstract says. The model will be used to test and optimize treatments.

Danino, also a DOE CSGF recipient from 2006 to 2010, will receive $525,000 over five years for his project, “Engineering Bacteria Swarming for Biotechnology.” He plans to harness the swarming behavior seen in some bacteria, particularly Escherichia coli, a common organism. “If bacteria can be designed to swarm, forming rings in response to a specific signal, the cells can act as a sensor that can be observed easily,” the project abstract says. “The signals could be viruses, toxic chemicals, or dangerous pathogens.” The engineered bacteria could provide a low-cost macroscopic detector to identify and avoid diseases and other toxic agents.