Alumna is One of 35 Under 35 Top Innovators, MIT Review Says

Alumna is One of 35 Under 35 Top Innovators, MIT Review Says 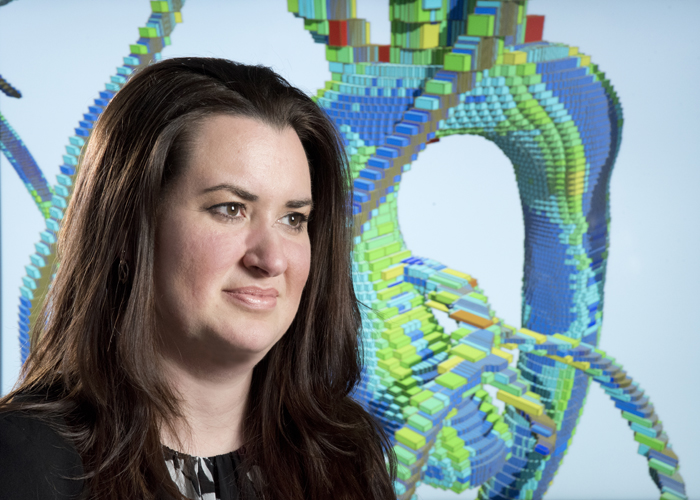 MIT Technology Review magazine has named a Department of Energy Computational Science Graduate Fellowship (DOE CSGF) alumna one of “35 Innovators Under 35” for 2017.

Amanda Randles, a fellow from 2010 to 2013 and now a Duke University assistant professor of biomedical engineering, was chosen for her pioneering work developing computational models of the human circulatory system. She was named one of nine “Visionaries” in the group.

Randles applies parallel computing to understanding how the body’s blood vessels behave. The simulations are hugely demanding, requiring massive processing power. Randles’ work has twice been a finalist for the Association for Computing Machinery’s prestigious Gordon Bell Prize for achievement in high-performance computing.

One of Randles’ latest projects (and a 2015 Bell Prize finalist) is HARVEY, a fully functional human arterial system simulation named for the 16th Century English doctor who first described blood circulation. The program modeled coronary artery geometries of a specific patient and scaled to 294,912 computer processors.

Randles continues refining her models and plans to add capillary beds, which deliver oxygen to tissues, and veins, which return oxygen-depleted blood to the heart and lungs. Such simulations will require even more computing power, so her group is working to port HARVEY to the next generation of machines.

Meanwhile, her lab also collaborates with clinicians, including pediatric cardiologists at Duke Health, to begin modeling treatment options for individual patients. Such simulations will help doctors make the best recommendations.