Rapidly Fading Supernovae From the Explosions of Massive Stars 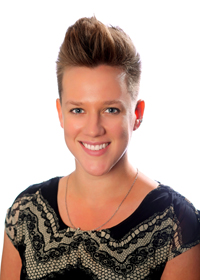 Rare rapidly fading supernovae (RFSNe) have puzzled the astrophysical transient community for the past several years. These events vary widely in peak luminosity, but many share a distinct short-lived light curve duration. Previously they were thoughts to be low-mass (about 0.1 solar masses) thermonuclear eruptions on the surfaces of white dwarfs. However, some evidence suggests they may instead result from the core-collapse explosions of massive stars. Radiative transfer calculations using toy models for the material cast off in the explosion have suggested that hydrogen-stripped stars that explode and cast off about 1 to 3 solar masses could produce a bright but rapidly fading transient if the effective pre-supernova radius is large and if little or no radioactive nickel is ejected. The source of radiation would be purely due to cooling of the shock-heated stellar material. We explore this model of RFSNe further by running hydrodynamics and radiation transport calculations of stellar explosions inside mass shells of various sizes and shapes. We present a parameter study showing how the properties of circumstellar envelopes should affect the dynamics of the explosion, plus the consequent effect on the resulting light curves. We also explore the fallback of material that might be able to remove radioactive nickel from the interior of the star in order to make the rapid decline in brightness possible.