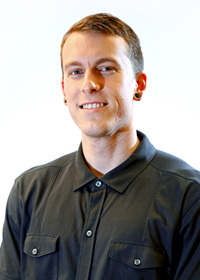 Cosmic rays (CRs) are charged particles traveling with relativistic velocities through the interstellar and intergalactic media. Despite their small-number densities, they carry enough kinetic energy to exert a significant influence on the large-scale structure of galaxies and galaxy clusters.

The cross section for collisions between CRs and ambient particles of the universe is too low to transfer substantial amounts of energy within reasonable time scales. Instead, the CR kinetic energy is extracted via scattering interactions on perturbations in the the galactic magnetic field. These perturbations are induced by the CRs themselves via the gyroresonant CR streaming instability. Energy and momentum are given from the CRs to the background magnetic field in the form of Alfven waves, which can grow until the CRs become isotropic (and therefore have no free energy to give the waves) or until some wave-damping mechanism balances the energy transfer from CRs.

The transport of CRs, and therefore the coupling to the magnetic field and ambient plasma, depends strongly on the details of this exchange. However, this process is highly nonlinear, and therefore is not generally amenable to analytic calculations except in simplified scenarios. We perform numerical calculations using the particle-in-cell technique to follow the transfer of CR kinetic energy to the magnetic field via the CR streaming instability, with particular attention given to the nonlinear saturation of the wave growth and simultaneous heating of the ambient plasma.