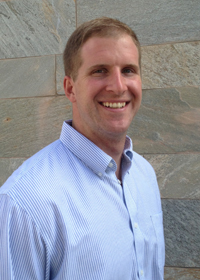 Richard Kraus received his undergraduate degree in physics from the University of Nevada, Reno. He received an MPhil in physics from the United Kingdom’s University of Cambridge in 2008 and his M.S. in applied physics and PhD in Earth and planetary sciences from Harvard University in 2013. His thesis research was on the thermodynamics of planetary impact events with a focus on impact-induced vaporization. In September 2013 he joined the HED Shock Physics Group at LLNL as a Lawrence Postdoctoral Fellow and was named to a research scientist position in June 2014. His research focuses on material properties at high pressures with particular interest in equation of state, strength and phase transition kinetics.