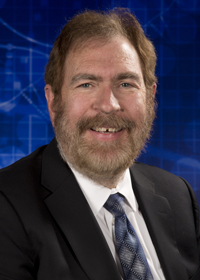 Since June 2014, Cris has been the champion for Matter-Radiation Interactions in Extremes (MaRIE) at Los Alamos National Laboratory and capture manager for the MaRIE Project. He graduated from the University of Chicago and earned a PhD. in astrophysical sciences from Princeton University, where he was a National Science Foundation fellow. Cris has been a staff member at LANL since 1981 and his career has spanned a broad range of abilities and interests: fusion devices from tokamaks to spheromaks to inertial confinement (including experience at facilities such as TFTR, JT-60, Nova, OMEGA and NIF, and on ITER design); diagnostics, including spectroscopy and fusion products; and issues of plasma confinement, MHD flow physics, and hydrodynamic instabilities and turbulent mix. His experience includes creating and using computer modeling and simulation tools and he has an interest in and experience with science-based stockpile stewardship. Most recently, Cris has developed a strong interest in dynamic materials research and served Los Alamos as a co-champion of materials dynamics for the LANL Materials Strategy. He has line management experience at the group and division level and experience as program manager for both campaigns 4 and 10 in the NNSA Science Campaigns. From June 2006 to September 2007 he served on change-of-duty-station at the Office of Defense Science at NNSA headquarters in Washington, D.C. As deputy leader of the Physics Division from 2008 to 2013 he worked on the MaRIE Project at LANL, with a particular role as a champion for the science at dynamic extremes and pillar lead for the Multi-Probe Diagnostic Hall. In 2013 and 2014 he served in Washington as the Los Alamos member of the NNSA Defense Programs Science Council.