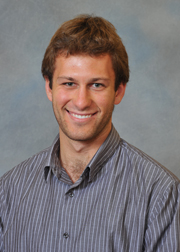 Time-averaged xenon ion LIF measurements using the 5d[4]_{7/2} - 6p[3]_{5/2} (834.72 nm air) Xe II transition are performed on the plume of a cylindrical cusped plasma accelerator used for space propulsion applications. The total measured ion velocity vectors in this region show good agreement with numerical simulations and give physical insight into the mechanisms of ion acceleration and the role of the magnetic field topology in determining ion trajectories and plume divergence.

Further detail is obtained with time-dependent measurements, in which time-varying ion velocities are resolved along the period of some characteristic oscillation in the system. Two methods of accomplishing this measurement are validated using the neutral Xe I 6s[1/2]_{1} - 6p[3/2]_{2} (834.68 nm air) transition with a 60 Hz xenon AC spectral lamp, yielding consistent results. One approach demonstrated previously uses a sample-and-hold technique to collect the averaged fluorescence signal only in a small window at a particular phase in the oscillation period; the other modulates the exciting laser many times faster than the oscillation frequency to take advantage of noise reduction at higher frequencies and similarly restricts collection of the fluorescence signal to a small window at a particular phase. An interesting dip in peak fluorescence signal strength along the current oscillation (corresponding to a decrease in neutral density) is investigated with a collision-radiative model.