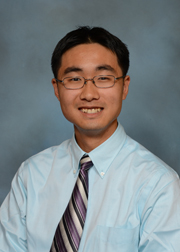 Two diagnostics for time-resolved measurements of the nuclear burn have been designed and implemented on the National Ignition Facility (NIF) and OMEGA laser facility to effectively probe implosion dynamics and to investigate kinetic effects on shock timing. On the NIF, compression-bang time has been measured routinely in D3He or DT gas-filled implosions with the Particle Time-of-Flight (PTOF) diagnostic using DD-neutrons or DT-neutrons, while shock-bang time, about 500-800 ps before the compression-bang time (depending on implosion), could not be measured due to a large X-ray background. To address this issue, a Magnetic Particle-Time-of-Flight (MagPTOF) diagnostic is currently being implemented on the NIF for measurements of both shock- and compression-bang time. This system consists of a permanent magnet to deflect shock-generated D3He-protons around a 2-cm thick X-ray shielding (tungsten) onto the existing PTOF detector. On OMEGA, recent experiments using D3He gas-filled exploding pushers have demonstrated that kinetic effects impact shock yield and possibly introduce separation of ion species due to strong gradients at the shock front. To investigate the impact of such kinetic effects, the Proton Temporal Diagnostic (PTD) was upgraded to enable simultaneous measurements of DD and D3He burn history with a precision of plus or minus 20 ps. This diagnostic will be applied for differential measurements of DT, D3He and T3He burn histories in T3He gas-filled implosions (with a small level of D), for which the expected timing precision will be plus or minus 10 ps.