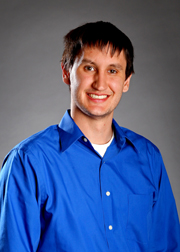 Because many of the current-generation reactor analysis codes provide neutron fluxes based on diffusion theory, there is considerable interest in methods that provide a more accurate diffusion solution without significantly increasing computational costs. In this work, an asymptotic analysis previously used to derive a homogenized diffusion equation for lattice systems is generalized to derive a one-dimensional, one-group homogenized SP-2 equation as a more accurate alternative to the standard homogenized diffusion equation. This analysis results in new diffusion coefficients and an improved formula for flux reconstruction. Five fixed-source lattice functions are required to calculate the diffusion coefficients, three of which are also used in the flux reconstruction. In a homogeneous medium, these lattice functions reduce to simple polynomials in angle and the homogenized SP-2 equation reduces to its standard form. The new flux reconstruction formula includes three “correction” terms that account for spatial derivatives of the scalar flux and differences between the infinite-lattice eigenvalues and the core eigenvalue. The flux reconstruction formula is used to obtain flux and current discontinuity factors, which are used in a nodal diffusion calculation. The asymptotic SP-2 formulation is numerically compared to standard SP-2, asymptotic diffusion, and standard diffusion. The eigenvalue and reconstructed fluxes are both examined. In general, the asymptotic equations prove more accurate than the standard equations, and SP-2 proves more accurate than diffusion theory, particularly for optically small systems.