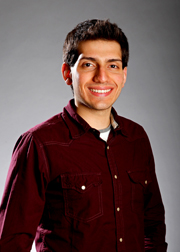 The symmetries in the standard model Lagrangian allow for a CP violating coupling θ in the QCD sector. While CP is not preserved in nature, as was experimentally verified through kaon decay, the current bounds on the neutron electric dipole moment have shown that CP is a good symmetry in the strong interaction sector and sets an upper bound on θ less than 10^(-9), generating an unnatural fine-tuning problem.

The effective QCD Lagrangian has an approximate U(3) vectorial cross U(3) axial symmetry from left and right light quarks. This symmetry is spontaneously broken by strong dynamics to the vector part, so that broken generators of the axial symmetry generate the eight pseudo-Goldstone bosons found experimentally (the pions, kaons, and eta meson). However, spontaneous symmetry breaking of U(3) would require nine nearly massless bosons. This mystery can be solved by considering the chiral anomaly of the U(1) axial symmetry. This anomaly, however, affects the action by adding the θ term mentioned above.

While this θ term can be rewritten as a total divergence and does not affect the dynamics at the perturbative level, there are non-perturbative configurations in QCD that make the effect of θ physical, which, as discussed above, leads to a too large CP-violating effect, unless θ is extremely small. To resolve this strong SP problem, Peccei and Quinn introduced an additional U(1) symmetry which is spontaneously broken, yielding a light dynamical field, the axion. The vacuum expectation value of this axion field then cancels out the θ parameter. Astrophysical and cosmological observations have narrowed down the axion scale. Furthermore, the recent BICEP 2 results placed additional constraints on the theory, which further reduced the allowed parameter space significantly. We study mechanisms making the axion consistent in a wide region despite the recent results from BICEP 2.